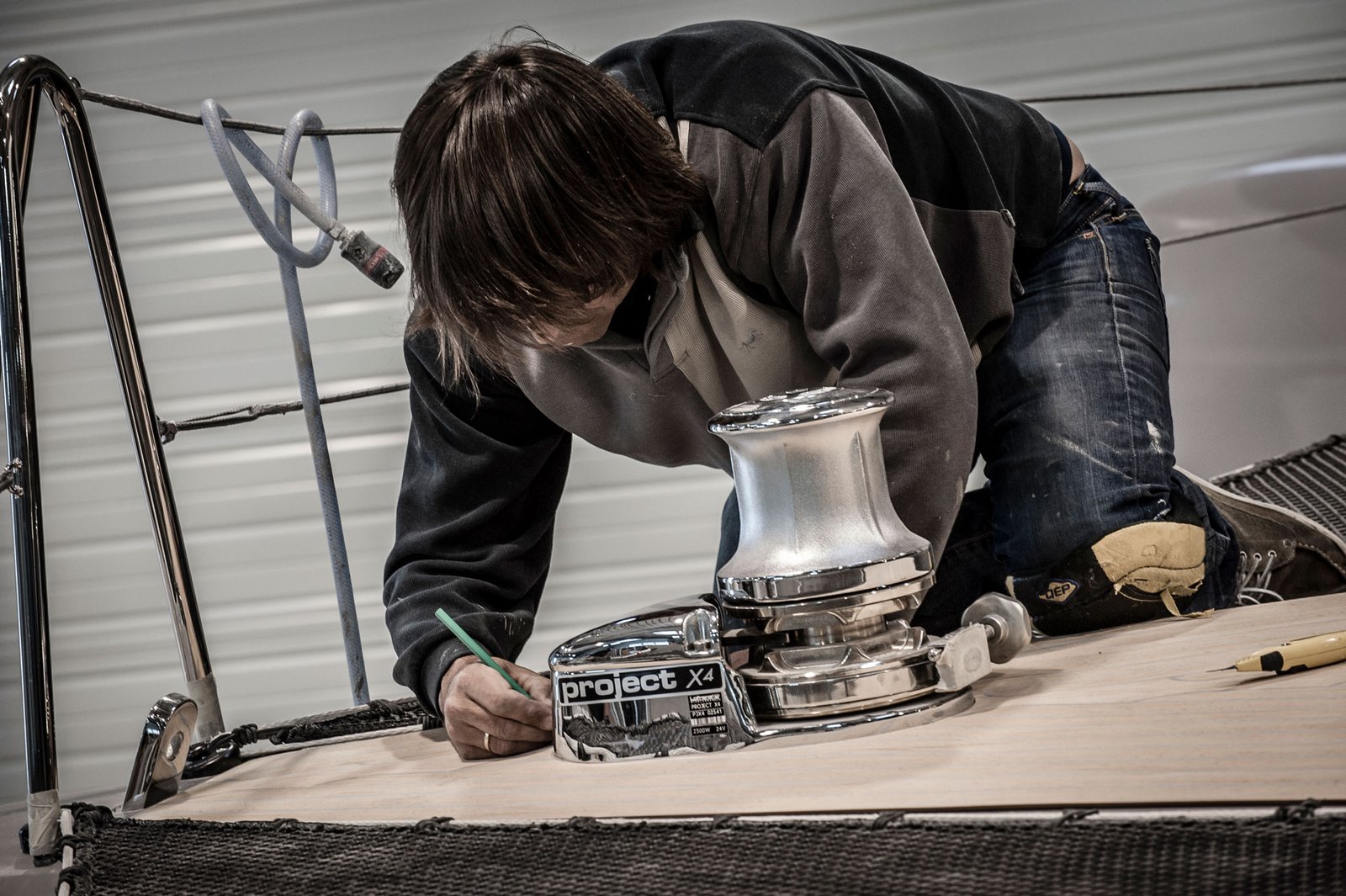 The success of trimarans is based on the know-how of passionate and expert teams.

The desire to design boats that combine safety, comfort and performance is at the heart of our ambitions.

Since its creation, NEEL-TRIMARANS has been designing and manufacturing unique and innovative models.

Anticipating, innovating, improving while preserving and perpetuating what has proved its worth is the company’s spirit, which combines cutting-edge industrial processes with irreplaceable craft and manual know-how.

NEEL-TRIMARANS’ main objective is to satisfy its customers by offering them quality, innovative and safety. 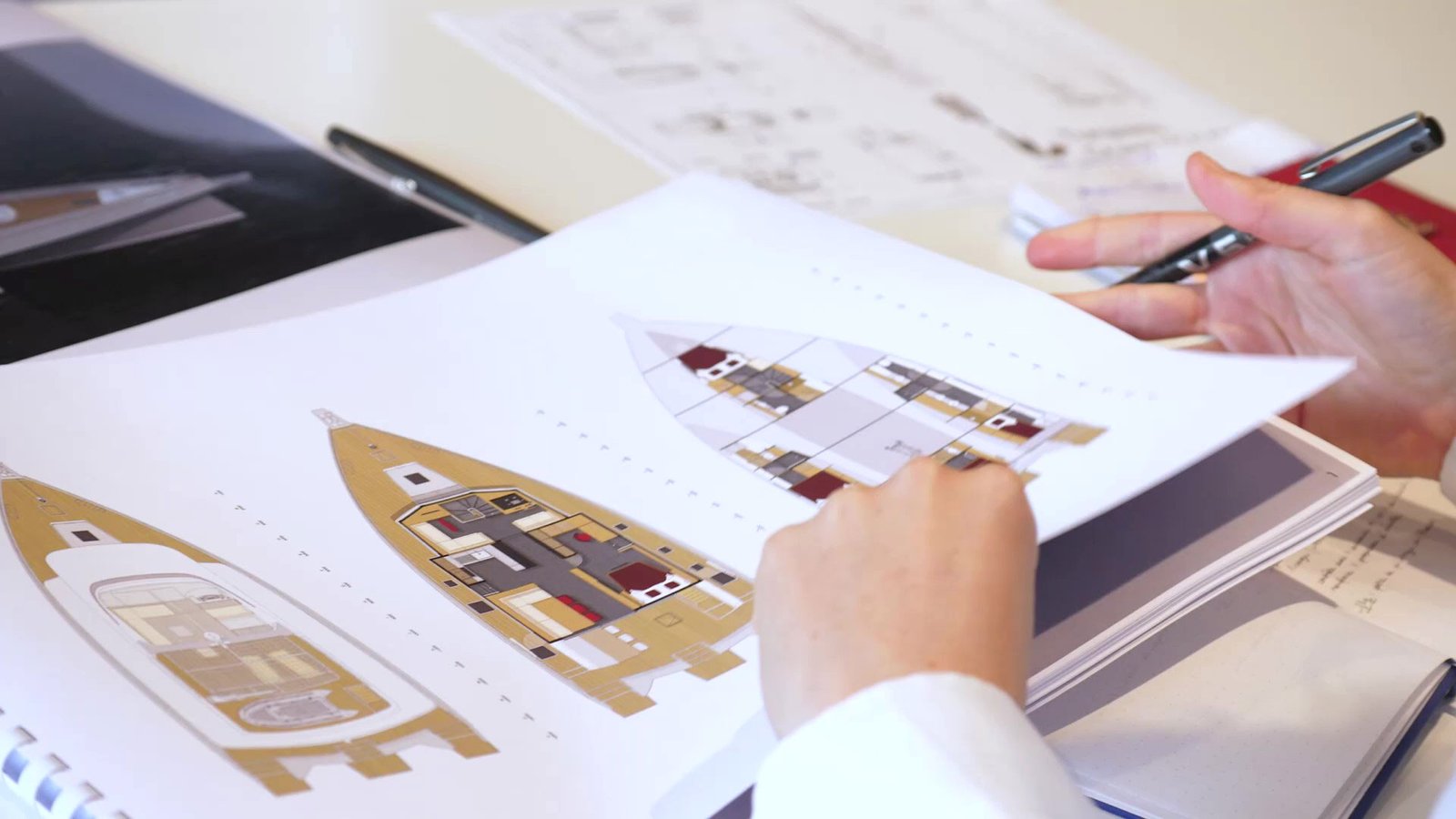 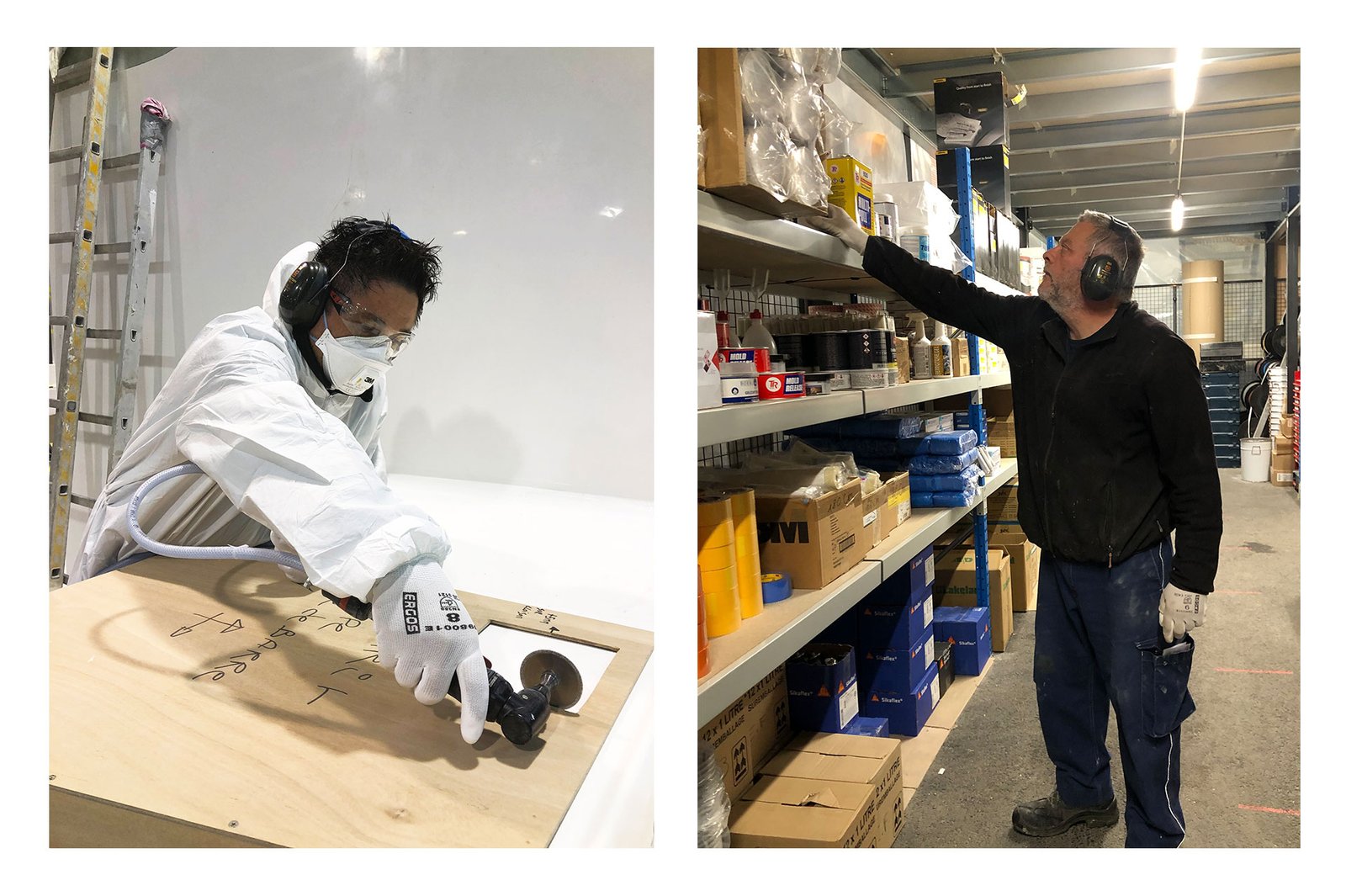 NEEL-TRIMARANS designs offshore trimarans where safety is at the heart of the system. Innovation only makes sense if it guarantees safety on board.

This notion of safety is integrated at all levels of our company, both in the design and construction of our boats and also with our employees who work under safe conditions

The high standards set in the design and manufacture of our trimarans have built NEEL-TRIMARANS’ reputation, solidity and durability. NEEL-TRIMARANS’ factual and well-considered approach allows us to be part of a sustainable development process that integrates the three environmental, social and economic pillars.

Far from “Greenwashing”, we are convinced that it is now possible to work factually and independently on the environmental impact of our processes and products.

Our internal developments demonstrate that it is possible to combine hygiene, industrialisation and the environment.

NEEL-TRIMARANS’ approach to the environment is full of common sense:

“Let’s change for the right reasons and be sure to do better”.

2010
Design of the NEEL 50 prototype, validation of the concept and first communications on the NEEL-TRIMARANS brand.

2011
Design and production of the NEEL 45, the company’s first production boat.  CE certification of the world’s first deep-sea cruising trimaran.

2013
NEEL 45 is elected Boat of the Year by Sailing World and receives the Innovation Award by Cruising World (2 prestigious American awards).

Creation of the dealers network, purchase of land for the construction of a factory on the plateau nautique of La Rochelle.

2014
Establishment of the plant on the plateau nautique of La Rochelle.Design studies for NEEL 65 and manufacture of industrial tools.

2015
The first NEEL 65 is equipped for commercial use with a permanent crew for luxury charter. It defines the company towards new quality standards.

The NEEL 45 “La Caravelle” is the winner of the ARC (Transatlantic Rally-Race). It demonstrates the performance of a trimaran against carbon catamarans.

This website uses cookies to improve your experience while you navigate through the website. Out of these cookies, the cookies that are categorized as necessary are stored on your browser as they are essential for the working of basic functionalities of the website. We also use third-party cookies that help us analyze and understand how you use this website. These cookies will be stored in your browser only with your consent. You also have the option to opt-out of these cookies. But opting out of some of these cookies may have an effect on your browsing experience.
Necessary Always Enabled
Necessary cookies are absolutely essential for the website to function properly. This category only includes cookies that ensures basic functionalities and security features of the website. These cookies do not store any personal information.
Non-necessary
Any cookies that may not be particularly necessary for the website to function and is used specifically to collect user personal data via analytics, ads, other embedded contents are termed as non-necessary cookies. It is mandatory to procure user consent prior to running these cookies on your website.
SAVE & ACCEPT
Menu